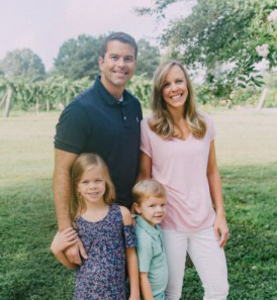 Josh Williams is returning for his 3rd season of coaching the Holly Glen Hammerheads as Head Coach with 15 years of swimming and coaching experience. He began swimming at 9 years old in Atlanta, Georgia. As a high school swimmer, he won a number of awards and two state championships.

From 1999-2003, Josh was a scholarship swimmer at Clemson University where he swam the individual medley (IM), breaststroke, sprint freestyle and on relay teams.At Clemson, he was awarded the “Coaches Award” his freshman year and “Most Inspirational” his senior year.Josh was a varsity letterman and an All American Athlete all four years at Clemson.

Josh has trained under several Olympic coaches, including John Bowles and Bruce Marchionda.

During summer breaks from Clemson, Josh coached summer league programs and gave private swim lessons.He was the summer head coach of Fairfield Aquatic Swim Team (GA) from 1999-2003, leading the team to two county championships in 2002 and 2003.

Josh and his wife, Sarah, moved from Charleston, SC to Holly Springs in 2012 and into the neighborhood in 2013. They have two kids, Anna (10 yo) and Jacob (7 yo). He is very excited to be a part of this neighborhood team and looks forward to coaching again. 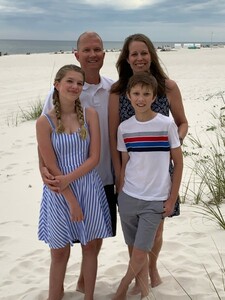 This is Head Coach Travis Marley's 3rd season as Head Coach of the Holly Glen Hammerheads. Travis spent his summers on swim team starting in elementary school and continued throughout high school. During his college years, he continued swimming recreationally and worked as a lifeguard.

If you don’t see Travis at the pool, you might catch him logging miles running throughout the neighborhood. He has a love of running and enjoys the challenge of marathon distance races. He has completed 11 marathons, and several triathlons including a half and full iron distance.

Travis not only brings swimming experience, but he has also been coaching elementary aged children for his son’s soccer, basketball and baseball teams.

Travis and his wife, Melanie, moved to Holly Springs in 2001. They moved into the Holly Glen neighborhood in 2009. They have two children, Lilly (15 yo) and Mason (12 yo) and a Golden Doodle named Maggie. 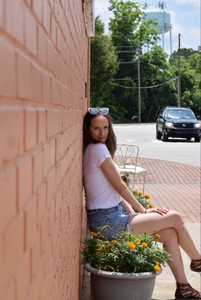 Morgan Yorton is returning to the Holly Glen Swim Team as her 2nd year as Assistant Coach. She has been swimming most her life, both in summer leagues and competitive year round leagues. A previous Junior Coach, Morgan loves to help kids learn how to improve their strokes and their times.

Terri Wasley will be helping coach the 6 and under swimmers. She is originally from Central New York and started swimming in the summers at a local country club at the age of 10. She went on to swim for her high school team and also four years in college, at SUNY Oswego. She was a lifeguard and swim instructor as well.

Terri moved to North Carolina twenty years ago with her husband Jim. They have lived in Holly Springs for sixteen years. She teaches Spanish at HSHS and also coaches youth lacrosse for 919 NC.

Terri is excited to help the little ones be involved in the Hammerheads swim team.

We will have lots of Fun!